Korea was by far the easiest international trip I have ever done in terms of distance and jet-lag! Living in Australia, anybody who has travelled overseas knows that there really is no such thing as a short trip… unless you’re flying to New Zealand. To get to Changwon we had three flights and the longest was only 11 hours. But my favourite part, was the fact there was only 1-hour time difference!! It was amazing to have no jet-lag and no troubles sleeping 🙂 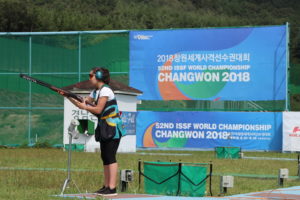 END_OF_DOCUMENT_TOKEN_TO_BE_REPLACED

The minute I arrived home from Germany I had been practically counting down the days until I got to go back to one of my favourite places in the whole world… Italy!

This was my third trip to Italy since the start of my international career and it just reminds me how lucky I am to have these opportunities to travel the world doing the sport I love.

END_OF_DOCUMENT_TOKEN_TO_BE_REPLACED 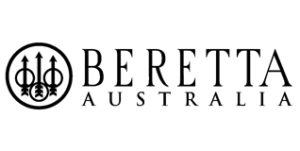 I guess you could say I’m pretty familiar with the trip to Suhl as this was my fourth time competing in Germany on this range. I’m lucky that I can sleep on planes pretty easily so I usually adjust to the European time zones quickly on the way over. On the way home it’s a completely different story…. As I am writing this I currently feel like I need a nap as it’s almost 5pm and I’ve been awake since 4am! But instead of napping I’m going to head to the gym to boost my energy and get the blood flowing after spending countless hours sitting down on a plane.

END_OF_DOCUMENT_TOKEN_TO_BE_REPLACED

It has been a hectic couple of months. I was in Mexico competing at the ISSF World Cup in Guadalajara at the start of March. Then I came home for a week and travelled to Brisbane for the team training camp before Comm Games. At the conclusion of the training camp I flew down to Sydney to compete at the ISSF Junior World Cup where I was happy to come away with the gold medal and two new junior world records. Then Dad and I drove up to the Gold Coast to meet up with the rest of the team before going into the Village. 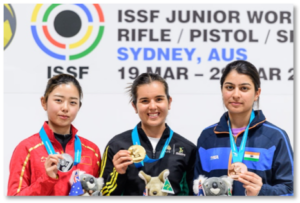 END_OF_DOCUMENT_TOKEN_TO_BE_REPLACED

I actually wrote this on my 17 hour flight home from Dallas to Sydney on the way back from Mexico. I’m posting it now because I have just updated my website with a new look! Head over to teamaislin.com to check it out as well as my first blog post which is from the ISSF World Cup in Guadalajara. I’m thinking I will try and do some more of these as it’s a great way for me to document my trips and give you a bit of an insight as to what goes on when I travel overseas!  END_OF_DOCUMENT_TOKEN_TO_BE_REPLACED

It’s been a busy end to 2017 with a series of great results for Aislin over the past few months. 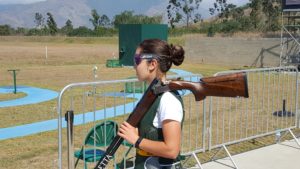 The next few months will be busy with Aislin heading to the first ISSF World Cup in Guadalahara, Mexico in early March, immediately followed by the ISSF Junior World Cup in Sydney and the Commonwealth Games in April.With the change in rules to Women’s events shooting 125 targets, same as Men’s competition (though not at Commonwealth Games,) it promises to be a busy and exciting first half of 2018.

WIN News catch up with Aislin prior to the 2018 Australian National ISSF Skeet Championships for an interview.

9 News catch up with Aislin training with Keith Ferguson prior to the 2018 Australian National ISSF Skeet Championships.

In Dec 2017 Aislin was invited by Darren Chester, then Minister for Infrastructure & Transport, to be the ambassador for the launch of the ongoing funding for the Keys2Drive program.

Interviewed as Gippsland Sports Academy Ambassador for their junior clay target program. Aislin has raised $4,000 in 2017 & 2018 to support the GSA Junior Development Program, and attends coaching clinics in a mentoring role when possible through the year. 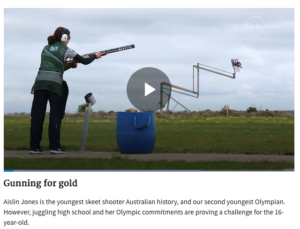